Trevor Price is one of our long-term favourite artists - Trevor specialises in drypoints and etchings that are handmade and hand printed in his studios in London and St. Ives. For this exhibition, he has also created a new body of paintings.

Trevor studied at Falmouth and Winchester Schools of Art. He is a member of the Royal Society of Painter-Printmakers. Trevor exhibits widely throughout Europe and has won several national printmaking awards. In 2011 at Printfest, the art fair dedicated to printmaking, he became the 'Printmaker of the Year'. His work is held in various collections including those by his Royal Highness Prince Michael of Kent, Victoria and Albert Museum (London), Ashmolean Museum (Oxford), Fitzwilliam Museum (Cambridge), Yinchuan Contemporary Art Museum (China), Guangdong Museum of Art (China), Yale University (USA), Office of Public Works (Dublin), University of Wales and Bank of England.

Trevor was commissioned in 2019 to produce his largest print to date (105x170cm) on the theme of The Silk Road, with the resulting work destined for Beijing and to hang in an exhibition in the National Art Museum of China later in the year.

Trevor's work will be shown with sculptures by Richard Jack. Richard was born in Zimbabwe and began his career as an artist in South Africa in the 70s. In 2002, he moved to the UK where he continues to exhibit both locally and internationally. He has been commissioned for both private and public sculptures in Zimbabwe, UK, Denmark and Germany.

Richard's figurative sculptures incorporate the mediums of wood, stone and steel. They are influenced by Africa and the times we live in. Contrasts of form, material and surface reflect the ambiguities of existence: the combination of strength and fragility, timelessness and the passage of time, the individual and the group. A recurring theme is the importance of the family, comforting and supporting one another in this rapidly changing world. In art, Richard has found the means to express his continually changing thoughts, imaginings and memories. It is about life, light and form - balanced, tense, suspended and under pressure. 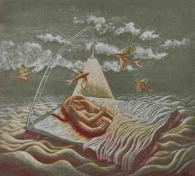 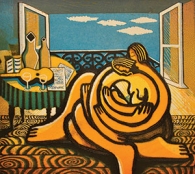