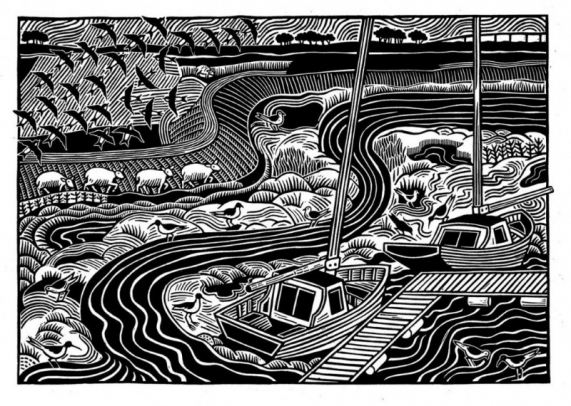 Hugh Ribbans trained at Canterbury College of Art and runs a graphic design business. Relief printmaking was his craft subject at college, particularly linocutting, and in 1989 he purchased a restored Columbian press, circa 1830. He now spends as much time as his graphic work allows, producing woodcuts and linocuts, mixing heavily grained wood - often driftwood - and lino in his prints. Subject matter is derived from images of animals and birds often with a stylised treatment much influenced by ethnic art and his graphic background.