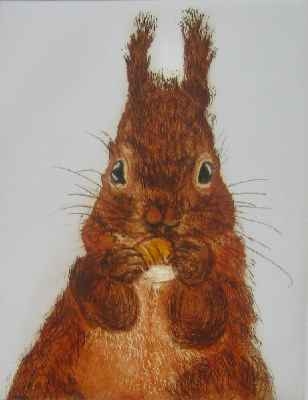 Sonia Rollo's interest in animals started in childhood with a pig called Hilary, geese called Charlie and Cassandra, and a mongrel, Pearl. Training as a biologist meant, observing plants and animals, drawing them to aid understanding.