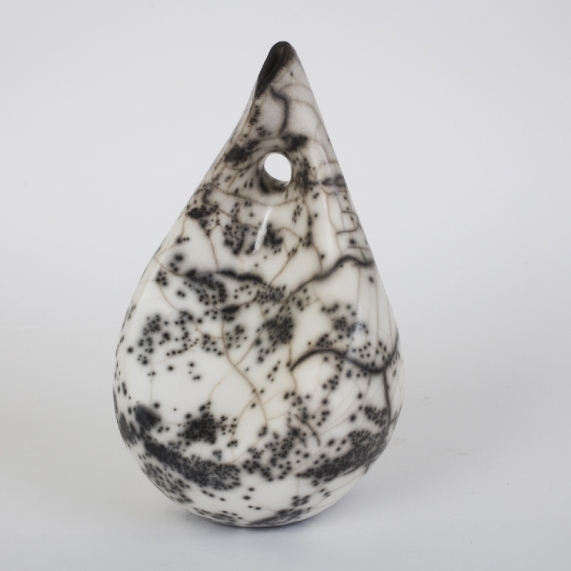 All Helen's work is raku fired, it was during her time studying, her love for raku firing was ignited; the speed and unpredictable of the firing exciting to Helen, feeling that it makes each piece quite individual, as the 'cracks'' have a life of their own.

The surface is very tactile, smooth and soft because of the low firing, the crazing lines formed through raku firing can often add to the form. Form is very important to Helen; she wants to create pieces that flow and curve, leading the viewer around and through the piece. She hand coil builds the sculptural pieces, slowly building them over a few days. The forms can often change and evolve during the building process, almost like drawing with clay.

Helen established her ceramic studio 2001, after studying ceramics at North Staffordshire University in Stoke-on-Trent, gaining a BA (Hons) in Ceramics in 1995. Over the years she has exhibited at many ceramic fairs and galleries around the UK. In 2014, Helen was acccepted as a Selected Member of the Craft Potters Association. In the same year she began teaching ceramics part-time at The Ceramic Studio, Kent